Romance – A YA Necessity? 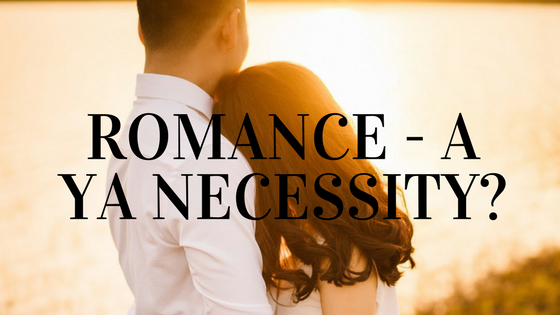 Think of the most popular young adult novels. Harry Potter, Twilight, and The Hunger Games are three that come to mind. What do they all have in common? They contain a group of three protagonists — two boys and one girl — and each has an element of romance within this group. Although each of these stories function in different ways, the romantic elements still lurk in each, particularly as each series progresses. Does this mean that all young adult novels must have a romantic element to them? Not necessarily, but let’s take a look at why so many young adult novels include romance.

The easiest reason to pinpoint is romance is easy to root for. When you read about two people falling in love, you play into the relationship, even if you don’t think the pairing works. It’s part of human nature; we all want love and we believe that, if the good guys can find love, maybe we stand a chance.

On the other hand, romantic relationships are often very powerful and can create the most drama. Let’s face it: even the best teenagers are a bundle of hormones. It seems like teenage romance ends as quickly as it begins, and that sudden shift plays well into the world of young adult fiction. This is especially useful in books set in schools, since most teen romances are found within them.

Likewise, romance is a way to raise the stakes of any external situation. You can kill off as many no-name characters as you want, but as soon as your protagonist’s love interest gets involved, it becomes personal. With a constant external threat rearing its ugly head, it’s often that romance gets pushed to the back-burner, but there’s still that fear that the good guys won’t get their happy ending. It’s a plot element that we almost expect nowadays, and when a book disrupts that flow, it makes waves for the audience.

One final reason so many authors rely on romance for their young adult novel is it is incredibly easy to make it a subplot. Many authors have an overarching message they hope to get across through their writing, and some just want to bring their fantasy world to life, but books are far superior if they can weave multiple plots together seamlessly. If all Suzanne Collins did was stick to children murdering each other, The Hunger Games would be overly dark, and the ending of the first book wouldn’t have existed. This series is actually a fantastic example of weaving together romance and the main plot, because of the deeper element of being on what is essentially reality TV. The fake romance of Katniss and Peeta for the viewers of Panem eventually leads into the real ups and downs of their personal life.

Romance is not necessary for young adult fiction, but it is an easy way to raise the stakes and flesh out a fictional world. It’s a realistic part of everyone’s life, so it’s easy for a reader to relate to those feelings. Next time you pick up a young adult novel, take note of how often romance plays into the plot, and see how many other books work the same exact way.